I wanted to give you an update after a hugely busy week in Abu Dhabi that included my reveal as a ROKiT Williams Racing driver in 2020, the final Formula 2 weekend of my career, and an F1 test day to round off the year.

Coming into the weekend there were a lot of things on my mind. Biggest of all was the plan around Thursday’s F1 announcement, which I was excited to finally get out in the open and make public.

On top of that was the last round of Formula 2, knowing I’d be closing the chapter on that part of my career and closing out with DAMS, who I’ve been with for four years. So, it was always going to be a monumental few days in my life.

I arrived in Abu Dhabi on Tuesday night, a day earlier than I normally would for a race weekend because I wanted to adjust to the time change and the heat. I used the opportunity on Wednesday to do some of my usual Thursday checks as I knew the announcement would keep me busy.

I went to the track and sat in the F2 car – which felt a bit weird after two months away. I went over a few little things with the DAMS guys, and then did a track walk and later a track run!

On Thursday, it was straight to the F1 paddock where Claire [Williams] introduced me to the team, as soon as the official announcement went out. Of course, it wasn’t a big surprise to the guys and girls at Williams, but it was very cool to hear Claire introducing me ‘officially’ as a driver for next year. My family was there too, so it was a special moment.

I said a few words as well, and then it was straight to a round of media interviews, and then another session for TV crews. That was a lot of fun.

When all that was done, I had to put F1 to the back of my mind and switch focus back to Formula 2. That was tough because my phone started blowing up with messages as soon as the news went out – even though I think it was the early hours of the morning in Canada. The initial reaction was super positive, and it was cool to see all the support.

The fact that there will be two Canadians on the grid in 2020 seemed to go down well back home. There was a lot of chatter and my phone just kept beeping. In the end, I had to put it on ‘do not disturb’ and it stayed like that for the whole weekend. It was a shame – but I had an important job to do and my focus needed to be solid.

My last Formula 2 weekend brought me a P7 on Saturday and a podium in the sprint race to make sure of Vice Champion status in the championship. It was a good feeling to finally wrap that up!

On Sunday night, we celebrated at dinner with DAMS, my team-mate Sergio and my family. We went on to the Amber Lounge party for one final, non-alcoholic, send-off with the team. After a lot of hard work, everyone was happy to let off some steam and enjoy the moment.

With Formula 2 done and dusted, I felt Monday was my first proper day as a Formula 1 race driver. I had to be at the track early – but I was super excited so getting out of bed wasn’t any kind of problem.

We kicked off with an engineering meeting to discuss the run plan for the test. I must admit, it was a fantastic feeling to walk into the Formula 1 paddock as a team driver, and not just a visitor from Formula 2. It was a nice little reminder that all the hard work had been worth it.

George [Russell] and Roy [Nissany] were in the car on Tuesday, so I went to the track to follow along. They were testing the 2020 tyres so I knew that any information they could pass on would give me a head start when I climbed into the car myself.

My first official day behind the wheel on Wednesday definitely felt different. Being able to take every little bit of information about the 2020 rubber into next year was the goal, and that will benefit us heading into winter testing.

I did some low-fuel running and qualifying simulations to see how the new tyres would react, then some full fuel race simulations later in the day. I did a lot of laps in a very short period and got to test my fitness levels. I’ll be hitting the gym during the winter to ensure my is ready for the new demands of the F1 car. That will be fun!

I’m pleased with the mileage we did, 107 laps I think, and the chance to do some high-fuel running was useful because I haven’t done much in the FP1s or test days up to now.

I flew out of Abu Dhabi on Wednesday night, arrived in London Thursday morning, and I’m sticking around in the UK to do some bits at Williams, including some more simulator days, before the holidays.

Back at the factory there’s lots to go over, and check-lists to go through to make sure everything is well prepared before the winter. Come January, there will be even more stuff to do. But any boxes we can tick off now will help make me and the team rest easier over the holidays. That’s extremely important so everyone’s energised for the new season.

That’s about all from me for the time being. Thanks for all the support during the season and the amazing messages while I was in Abu Dhabi. I’m still getting through them!

Merry Christmas and a Happy New Year everyone! 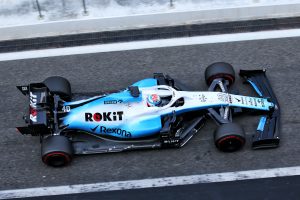 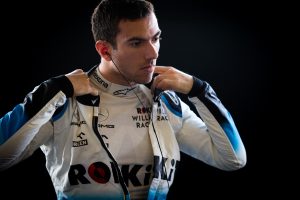 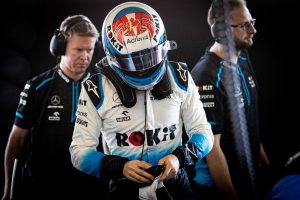