Nicholas to race for ROKiT Williams Racing in 2020

Nicholas will step up to a full-time FIA Formula One World Championship race seat in 2020, after being confirmed today as a ROKiT Williams Racing driver.

The 24-year-old Canadian joined the British team in 2019 as reserve driver and gained valuable experience across the season through a programme of testing, simulator work and participation in six FP1 sessions.

Nicholas arrives in F1 after his most successful campaign to date in the FIA Formula 2 Championship. In 2019 he has claimed four wins and seven podiums and currently occupies P2 in the drivers’ championship standings heading into this weekend’s season finale in Abu Dhabi.

Nicholas said: “I’m extremely excited to be stepping up to a full-time F1 race drive next year. For me, it’s a dream come true and something I’ve been working towards for almost half my life.

“It still feels a bit surreal. I don’t think it will sink in fully until I’m on the grid in Melbourne next year.

“I’m grateful for the opportunity from Williams. I’ve had a very enjoyable first year there – right from my first day at the factory. There is a great atmosphere throughout the team and everyone made me feel comfortable straight away. That’s important when you’re stepping into a new environment.

“I can’t wait to take the next step forward as a full-time race driver. I don’t underestimate the challenge ahead, going into F1 as a rookie, but I’m extremely motivated and determined to give it my all. I’ll give maximum effort and do whatever I can to help push the team forward and to achieve results we can be proud of.”

Nicholas’s appointment completes the team’s driver line-up for 2020. He will race alongside British team-mate George Russell in next year’s FIA Formula One World Championship, which kicks off with the Australian Grand Prix on 15 March.

Claire Williams, Deputy Team Principal, said: “I am delighted to announce that Nicholas will be stepping up to the role of race driver to partner George in 2020. All of us at Williams have been immensely impressed at what he has achieved this year in FIA Formula 2, alongside his commitment to the team, and the work that he has put in behind the scenes.

“Nicholas has become an established and well-respected member of Williams, and we look forward to working with him in his new role, as we continue to fight our way back to the midfield.” 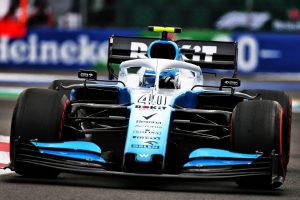 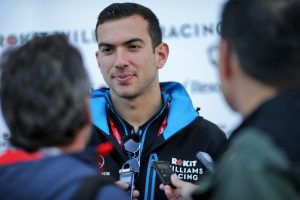