As part of his Reserve Driver duties with ROKiT Williams Racing, Nicholas took the reins of the Mercedes-powered FW42 for Friday’s opening 90-minute session.

He not only gained more personal experience during his second of six planned grand prix appearances this year, but assisted the team with the development and understanding of its car.

“It was good to continue the feeling so soon after the run in Canada,” Nicholas said.

“I felt like I got into the rhythm quite quickly. It was a tricky session – low grip, high temperatures, tyres not lasting that long, which makes it more difficult. But I was pleased with how it went, got through the programme cleanly, and each session on track I’m feeling more comfortable.

“In Montreal for FP1 I had Robert’s car so was working with his crew, today I was with George Russell’s crew and across the next sessions I’ll be switching back and forth, which is useful experience for me.”

Friday was a busy day for Nicholas as straight after his Formula 1 duties concluded he had to jump into the Formula 2 cockpit to resume his programme with DAMS.

“I had a bit of running back and forth, already on Thursday, between paddocks, making sure everything was set,” he said.

“Getting into the F2 car straight after F1 practice was a tight turnaround but I made it out on time. I was a bit more warmed up than usual, but it was a smooth transition!” 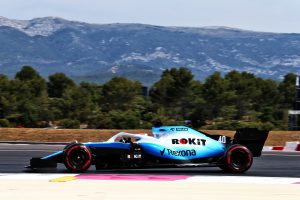 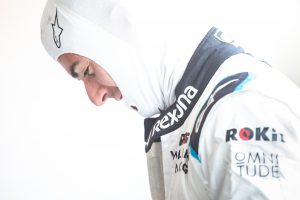