The Formula 2 title leader is the British squad’s official Reserve Driver in 2019 and had previously tested the Mercedes-powered car in Bahrain and Spain.

Today’s FP1 session marked the first of six planned outings at grand prix weekends for Nicholas, as he racked up valuable mileage in front of his home supporters.

The Montreal native completed 33 laps of the 4.36km circuit and recorded a personal best lap time of 1:16.199, just two-tenths down on the team’s regular racer George Russell.

“It’s a very special feeling to drive in front of the home crowd – most of my racing is overseas – it does give it a different feeling compared to normal,” Latifi explained.

“Getting to drive in the city I was born in, with a lot of family and friends, it was a special feeling pulling out of the pit lane.

“It was good to get more experience driving the F1 car. You have to get up to speed much more quickly than in testing because you’re limited with tyres, and of course you don’t want to put it in the wall. It was a productive day for both me and the team.”

The 23-year-old also counted himself lucky to have avoided a local groundhog that wandered into the path of his car early in the session.

“I started off almost colliding with a groundhog – had to happen to the Canadian of course! Luckily I managed to avoid him and we both got away unscathed,” Latifi joked.

His next Formula 1 appearance will be during the first practice session for the French Grand Prix on 21 June. 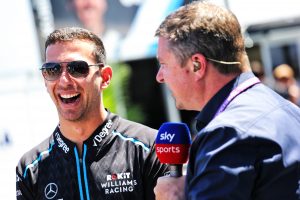 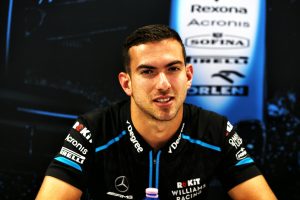 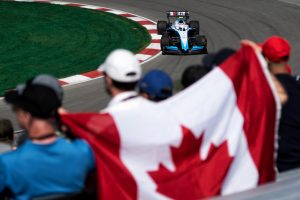