Canada’s Nicholas Latifi returned to the podium and strengthened his grip on P2 in the FIA Formula 2 Drivers’ Championship during this weekend’s penultimate event in Russia.

He set the pace during Friday’s free practice session and secured P2 on the grid, behind title rival Nyck de Vries, in a closely-fought qualifying session.

Nicholas remained in contention for victory throughout Saturday’s 28-lap Feature Race as he battled a brake issue, and ultimately placed runner-up to his Dutch rival.

The outcome of the race secured the title for de Vries, and season-long rival Nicholas was quick to offer his congratulations.

“It’s unfortunate to lose the title but Nyck did it in style, so credit to him, and to his team,” he said.

“On my side, Race 1 was very difficult for me to manage as I felt I had a brake issue on the way to the grid and it stayed there the whole race.

“In the circumstances I was happy to get P2 as it looked as if my overall pace wasn’t great.”

That result put Nicholas P7 on the grid for Sunday’s reversed-grid Sprint Race and he rose up the order during a chaotic start, eventually securing more points for P4.

“The goal was to move forward, score more points, and consolidate P2 in the standings,” he said.

“I avoided the mess at the start, but I didn’t have huge confidence in the first lap or two, so my team-mate got past.

“It took me a few laps to get into the rhythm and overall the pace was pretty decent after that. I got the fastest lap – which was a positive – and then my team-mate’s penalty meant I got P4.”

Nicholas leaves Sochi Autodrom 10 points clear of nearest rival Luca Ghiotto, and will have to wait until the end of November to resume the runner-up battle, when the final round is contented in Abu Dhabi (29 Nov – 1 Dec).

Before then, he will resume his role as ROKiT Williams Racing’s Test and Reserve Driver.

“It’s a long time to wait now until the final round but I have some FP1s with Williams to keep me occupied,” he said. 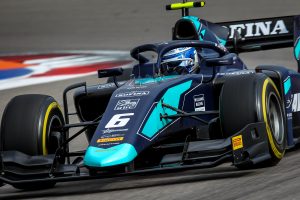 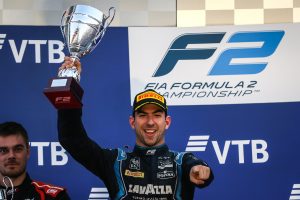 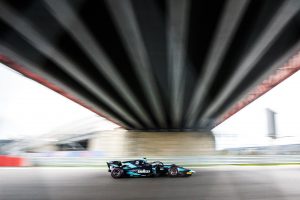