Canada’s Nicholas Latifi added to his F1 experience by covering more than 1,000km at the wheel of ROKiT Williams Racing’s FW42 car in Spain this week.

The 23-year-old, ROKiT Williams Racing’s reserve driver, got his first taste of the Mercedes-powered car in Bahrain last month, and returned to the cockpit for two days of testing at the Circuit de Barcelona-Catalunya on Tuesday and Wednesday.

The FIA Formula 2 Championship leader completed 222 laps of the 4.65km Spanish Grand Prix venue as he experienced more valuable time in the car and assisted the British team with its F1 development programme.

“Overall I’m pleased with the mileage we were able to accomplish,” Nicholas said. “On the first day I completed more laps than any other driver and everything went smoothly.

“The second day was more exciting for me as a driver – being able to run the softer compound tyre, rather than stay on the harder ones.”

Latifi also trialled a number of new development parts on the FW42 during the test.

“Evaluating those new components and giving feedback is good prep for the FP1 sessions I will tackle later this year,” he explained.

“The two days were extremely useful in starting to properly get a feel of the car. I’m very happy to get more mileage under my belt ahead of the FP1 outings that are in my diary and I feel much more confident at the wheel.”

Latifi will resume his Formula 2 programme at next weekend’s fourth round of the season in Monaco.

He heads there with a 26-point lead in the championship courtesy of wins at each of the opening three events in Bahrain, Azerbaijan and Spain.

Nicholas’s 2019 programme is proudly supported by Lavazza, Sofina and Royal Bank of Canada. 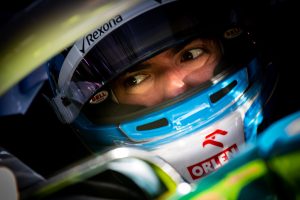 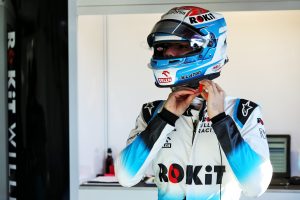 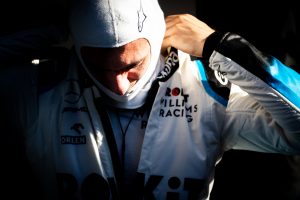