Nicholas Latifi remains in the lead of the FIA Formula 2 Championship despite enduring a challenging weekend in Monaco.

The Canadian underlined his pure pace by leading the way through Thursday’s opening free practice session around the iconic streets of the Principality.

He set the third-fastest time during qualifying but due to the split group system, and a penalty for taking to the circuit under a red light, the 23-year-old was relegated to eighth on the starting grid for Friday’s Feature Race.

Latifi remained in the thick of the action but a mistake by Race Control under a red flag period split the field in two, and he was among those who were erroneously placed a lap down.

He pushed hard to return to the points-paying positions, but a drive-through penalty for an opportunistic overtake on Sean Gelael left the DAMS driver in P12.

“I started off the weekend quite strong and felt really confident with the car,” Latifi said. “I was going quicker with each lap.

“I was quite unlucky with the penalty as the red light literally came on as I was approaching the white line to join the circuit. It was a shame, especially with the split qualifying session. In qualifying, I pushed hard and was third in my group, but with the penalty it meant eighth on the grid.

“Race 1 was one to forget. I believe that all the moves I made, apart from the one on Sean – which I got the penalty for – were all legitimate. My rivals closed the door on me and that was unfair. Maybe I should have been a bit smarter, but they didn’t drive smartly in those situations. The incident with Race Control, and the extra pit stop, effectively put paid to my race.”

Latifi consequently started the Sprint Race from P12 and with overtaking opportunities limited nonetheless managed to recover to P10.

“I didn’t want to take any unnecessary risks and get an undue penalty for the next race. I kept it calm and got into the top 10,” he explained.

“Two extra points for setting fastest time of any driver to finish within the top 10 was one positive from a weekend to forget. There’s lessons to learn from my side.”

Now on a total of 95 points, Latifi holds the lead in the Drivers’ Championship, one point ahead of his closest rival. The next round of his Formula 2 programme will take place at Circuit Paul Ricard, as a support act to the French Grand Prix, on 21 – 23 June.

Before that, Nicholas will take part in the Formula 1 free practice session for his home Grand Prix in Canada on Friday, 7 June when he drives the FW42 as part of his duties as ROKiT Williams Racing Reserve Driver. 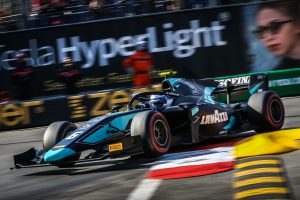 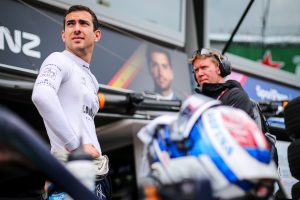 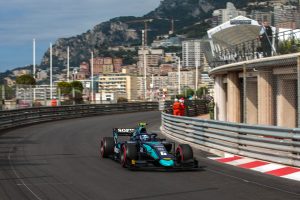