Nicholas Latifi claimed his third victory of the year and extended his lead in the FIA Formula 2 Championship with a commanding performance at Spain’s Circuit de Barcelona-Catalunya today.

Success in the closely-fought, 37-lap Feature Race ensured the Canadian maintained his impressive start to the season. He has won three out of the five races that have been contested so far in Bahrain, Azerbaijan and Spain.

The 23-year-old preserved his front-row starting position during a frantic opening lap and maintained second position for much of the race, carefully judging tyre wear and keeping in touch with leader Guan Yu Zhou.

With seven laps remaining, Latifi made his move and passed for the lead around the outside of Turn 1. From there he edged clear to take the chequered flag and extend his advantage in the Drivers’ Championship to 26 points.

“Three wins from three rounds is a great start to the year, and puts me in a good position in the title fight,” Latifi said.

“Consistency is such an important factor in a championship like this, and I’m happy with the way things are shaping up.

“The race went well, but I would have liked to have taken the lead a bit earlier. After the pit stops, I came out behind a slower car and conceded quite a big gap to the lead. I tried to push on but after a couple of laps I said to myself, ‘okay, it’s going to be one of those long races where you have to bide your time’.”

Latifi explained that his caution was due to the fact that the harder compound tyre was not available during pre-season testing at the same venue.

“I didn’t really know what to expect of it,” he explained. “The wear was a bit of an unknown. So I just drove my own race, trying to stay close, then picked the moment to push and see what the tyres had left.

“The strategy worked well and once I was in front, I was able to keep it under control to bring it home.”

The Canadian will then stay on at the Circuit de Barcelona-Catalunya to conduct two days of Formula 1 testing on Tuesday and Wednesday as part of his duties as ROKiT Williams Racing reserve driver. 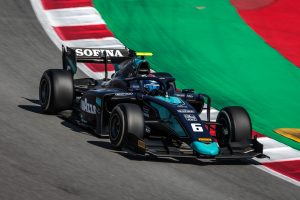 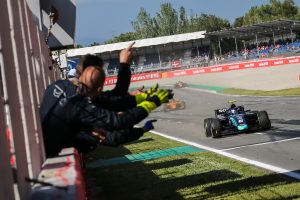 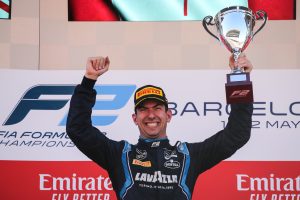