Nicholas Latifi said an emotional farewell to the FIA Formula 2 Championship today by securing second place in the driver’s standings with a podium during the final race of the campaign in Abu Dhabi.

The 24-year old Canadian revealed last Thursday that he will be stepping up to a Formula 1 race seat with ROKiT Williams Racing in 2020, bringing his time in the F2 feeder series to a close after the final 2019 event at the Yas Marina Circuit.

Nicholas showed strong pace during practice and qualifying but was caught out by a late yellow flag in the session, leaving him P7 on Saturday’s Feature Race grid.

He made gains early in the race but running the Option/Prime strategy left him out of sequence, and he crossed the line in P7.

“Coming into this weekend there were a lot of things in my head, a lot of emotions. I knew the F1 announcement was coming up, so it was nice to get that out in the open,” Nicholas said.

“From the F2 side of things the goal was clear – to secure the Teams’ Championship and to secure P2 in the Drivers’ Championship. I had the advantage coming in, so it was mine to lose.

“I just tried to focus on doing my best performance. I knew the results would be there if that was the case.

“I was a bit disappointed with the first race, but I think it was the best result we could have got in the circumstances. My team-mate was ahead of me and he had priority with the pit stop. Running the Option tyre, we needed to pit as soon as the window opened. We decided to stack the cars, on the same lap, and that cost me maybe 6-9 seconds, but that’s how it goes.”

Nicholas’s P7 put him P2 on the grid for Sunday’s Sprint Race, and he brought his DAMS car to the chequered flag in the same position to secure the honour of 2019 F2 Vice Champion.

“I didn’t want to still have the fight open for the last race but I was confident in my own performance,” he said.

“I didn’t make the best start, but I secured the fastest lap, for the extra two points, and then just brought it home, nothing silly.”

The weekend’s results also secured the Teams’ Championship for DAMS, with Nicholas paying tribute to the squad, and founder Jean-Paul Driot, who passed away in August.

“It marks the end of my journey in Formula 2, and more importantly my journey with DAMS. I learned a lot about myself as a driver and as a human being these last four years, experiencing the highs and lows, I feel better off for all of it,” he reflected.

“I must thank everyone at DAMS. Their support has been incredible. They helped me to keep pushing all the time and shaped me into the driver I am today.

“And to Jean-Paul especially. Without him I would not be in the position I am today. He took a big risk on me in 2016 when I first joined the team as a rookie. He had the faith, he kept believing.

“This weekend we won the Teams’ Championship, which is what it’s all about for the guys. To reward them all, and Jean-Paul, means the most to me.” 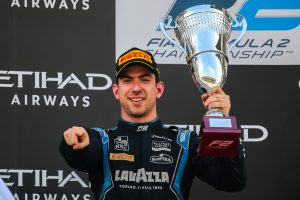 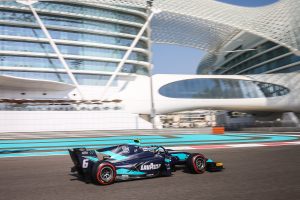 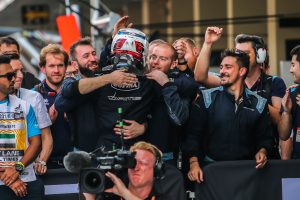