A postcard from Mexico

Hola everyone! So, a different approach to the FP1 reports this time – a couple of postcards from my trip to the F1 rounds in Mexico and – next week – the US.

First up, Mexico, and it was great to get back in the Williams on Friday for the first time since Belgium. After the F2 round in Russia I’ve spent a lot of time at the Williams factory in the UK, getting as prepared as possible for these FP1 runs.

It’s a case of trying to help the team get some references, assist the development work on the simulator, and just seeing what else we can do. I had a brief visit to Estoril, in Portugal, for a sponsor event with Williams, which meant I drove some clients around the circuit on hot laps – getting a bit of a drift on where possible! More importantly for me I was able to go home to Toronto for a while and spend time with family and friends.

I flew to Mexico City from Toronto last Wednesday and unfortunately, I had the standard racing driver experience of hotel/airport/circuit, so I didn’t get much of an opportunity to check out the sights. But the track itself has a fantastic atmosphere and a cool paddock. They have stands there offering churros, tacos and tequilas – all the stuff that looks great but that sadly, to keep my fitness up, I have to resist every time 🙁 it’s fair to say many of the fans fully embrace the opportunity – and that’s great to see!

Before getting in the car on Friday morning I had a full day of prep on Thursday. I did a full track walk, and even though I’ve been to the Autodromo Hermanos Rodriguez before, it’s useful to see whether anything has changed and get your bearings again.

The walk also gives me the chance to discuss the run plan with engineers, the set-up philosophy and so on. Besides that, we also have our main engineering meeting with the team management and race drivers – George and Robert – discussing the goals for the weekend, and overviewing what we can expect. The relevant items for me are obviously related to FP1, but it’s still useful to for tips and other information.

I also spent time in the garage, jumping in the car to make sure everything was fine, as the seats, pedals and belts have to be changed from Robert’s settings. I like to take the opportunity to sit and ‘marinate’ there for 10 minutes as it feels different ergonomically to the Formula 2 car. It’s useful to get a feel for the pedals, the steering wheel, hit the paddles just to get re-adjusted so I’m not going in cold just before practice and thinking ‘oh this feels a bit weird’!

I was pleased with how FP1 went. It was a clean session and I gathered the data the team needed. It wasn’t possible to compare lap times with George as we were on different run plans. I was on quite an old package, as the team is limited with spares, so understandably I didn’t want to risk damage for Robert. Considering what I lost in pure performance from the parts I was where I wanted to be, and exactly where the team wanted me to be, so I can take some positivity from that!

Once FP2 was finished it was time for me to say goodbye to Mexico City as my performance coaches planned a little camping trip for me before Austin! I’m currently in Colorado ramping up the training before the next FP1 run on Friday. I’ll be back soon to let you know how I get on… 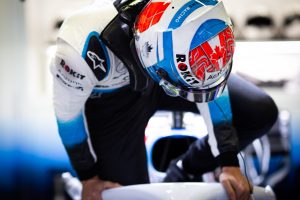 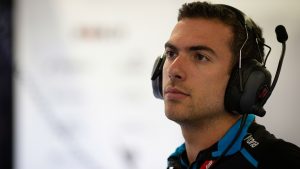