A postcard from Brazil

Bom dia! Another postcard for you. This time from the Brazilian Grand Prix, my third opportunity in a row to get more mileage in the F1 car following the runs in Mexico and the US.

Before heading to São Paulo I went home to Canada, taking advantage of having three events in succession on this side of the pond. I spent time with friends and family – though I did a lot of training, so it wasn’t really a holiday – and I also did a lot of Interlagos laps on the F1 game. I tried the F1 online eSports setting just to see how I stacked up against the professional eSports drivers.

Heading to the weekend we knew it was likely that Friday’s FP1 session would be a wet one, and we made plans for that during the preparations along with the normal seat belt checks, engineering meetings and track walk.

I was hoping for it to be wet, and as a joke I did a bit of a rain dance on Thursday. Perhaps I danced for too long because we got a deluge! On the positive side, wet weather experience in this car is something I was lacking.

At the beginning of the session it was raining extremely heavily and track conditions were poor, with a lot of standing water. It was a case of sitting in the car, waiting and wanting to go out.

I did eventually get in some running, but it was more about gaining experience and not taking risks. It’s easy to have a big off at Interlagos when it’s wet. At the same time, it’s incredible how much grip these cars still have.

Tracks like Interlagos dry quickly, and even on the first lap on intermediates you can lose the peak of the tyre’s performance. But I was pleased I had a clean session, running the programme that was needed. Once again, me and George were running different programmes so there were no representative times to compare. Would I have liked to have more laps? Of course. But I did 16, which was quite a lot compared to some, so I can be happy with that.

Interlagos marked my sixth and final FP1 run with Williams this season and I’ve been pleased with how I’ve performed. I think the team is as well. There were no problems from my side, and we completed most of the programmes that are so important for a Friday. It was also good to finish off with the wet session I wanted.

Sadly, this year’s Brazil was one of those airport-hotel-track-airport events and I didn’t get to see what the city had to offer. This week I’ll be at the Williams factory for debriefs of the last few FP1 runs and some simulator driving to help correlate data. Then it’ll be a short hop to France to catch up with DAMS before my final Formula 2 event in Abu Dhabi.

I think it will be an emotional couple of days with the F2 team. This will most likely be my last visit there. I’ve spent the last four years racing for DAMS so we have a lot of memories together.

There’s a restaurant near the factory and every time I’ve gone there up to now I’ve had to watch the mechanics and engineers tuck into incredible looking pizza and desert. There’s still the final round to consider of course, but maybe as it’s the last time I’ll allow myself to indulge a bit! 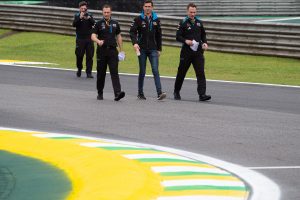 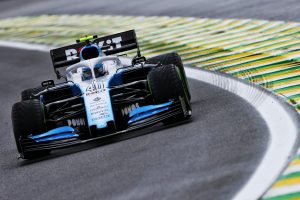 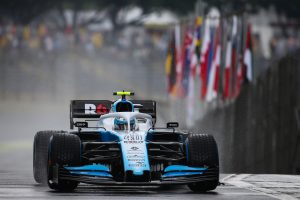 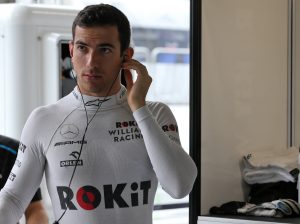