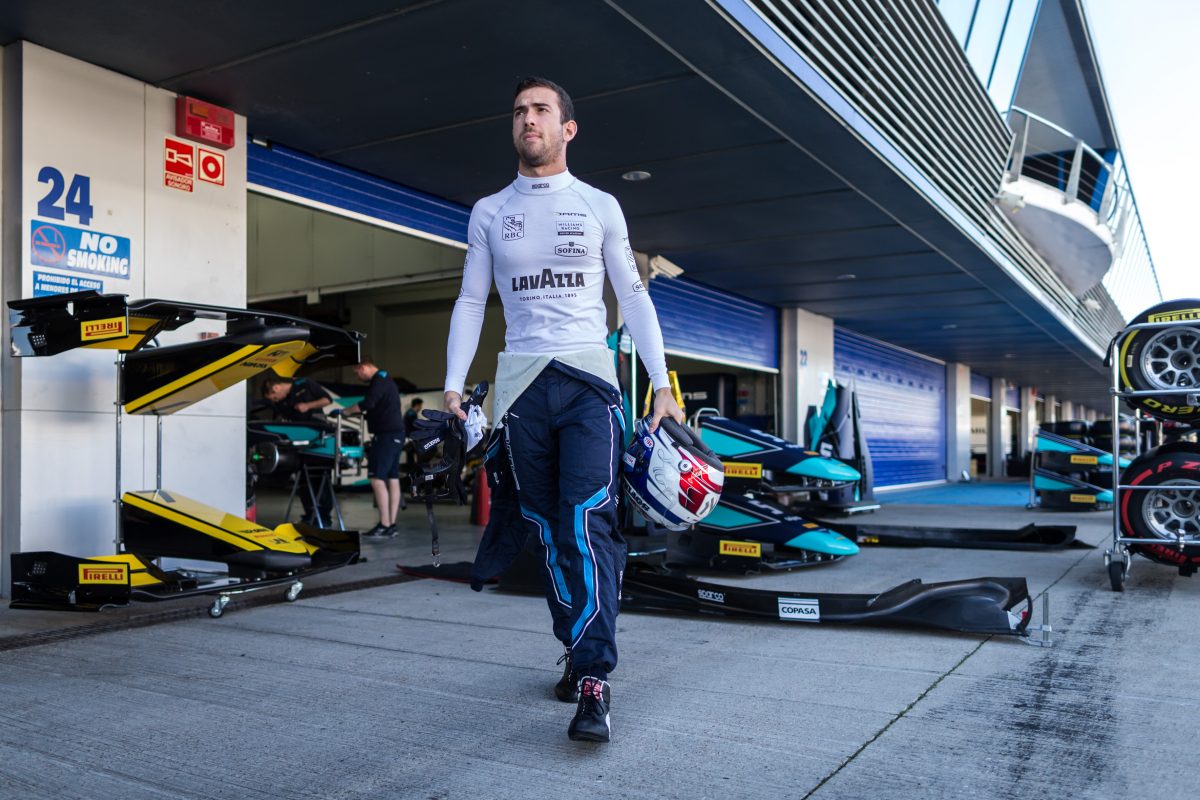 Nicholas Latifi got his preparations for the 2019 FIA Formula 2 Championship underway by showing strong pace during testing at the Circuito de Jerez this week.

The Canadian completed 245 laps through the course of the three-day test in Spain – amounting to over 1000km of running – undertaking an extensive programme in the F2/18 machine.

Latifi, a two-time race winner in the championship, displayed front-running pace as he and the DAMS squad got 2019 off to a positive start.

“It was a good test,” the 23-year-old explained. “We completed a standard mix of short runs and long runs and were able to test a lot of different things.

“I was quite satisfied that every time we did a performance run, with new tyres, I was always within two-tenths of the fastest time. It was always very close, so we’re in the ballpark.

“The race runs were good. We were maybe not as fast as we could have been but that’s what testing is about, as so many factors come into play.”

For Latifi, who this year has taken on the role of ROKiT Williams Racing’s official Formula 1 test and reserve driver, it was good to get back to competitive action for the first time since the 2018 Formula 2 finale last November.

“It’s nice to be back behind the wheel, as it’s been a long winter!” he explained.

“The first day it felt good, even though it’s always a bit of a strange feeling. On the first lap it’s like ‘wow, this is different, it’s been a while!’ But after that you soon get into it.”

It’s a short turnaround time for both Latifi and DAMS as the second – and final – three-day pre-season test runs next Tuesday, Wednesday and Thursday [5-7 March] in Barcelona.

“Barcelona is a circuit we race on so it’s a bit more representative,” Latifi said.
“It’ll be a case of building on everything we did here, learning as much as possible and not focusing too much on times. We will be concentrating on our own testing programme.”

Latifi’s full race programme in the 12-round Formula 2 Championship will begin at the Sakhir International Circuit in Bahrain from March 29 to 31.

Latifi’s F2 campaign will be supported by Royal Bank of Canada, Lavazza and Sofina. 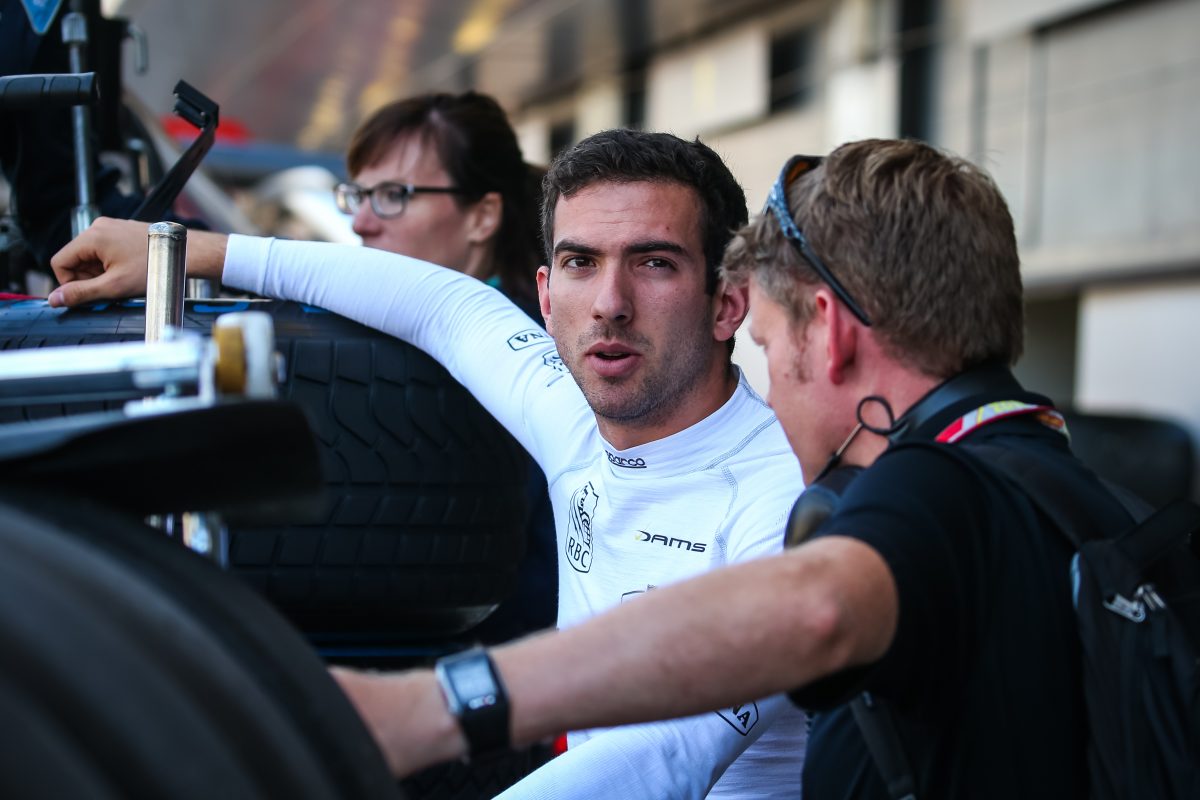 Nicholas Latifi is primed for a busy phase of pre-season preparations with ROKiT Williams Racing in Formula 1 and DAMS in Formula 2, following a rejuvenating winter period.

“After Abu Dhabi I came back to the UK and had my first visits to Williams, which involved meeting the team, and spending some time in the simulator,” Nicholas explains.

“I then went back home to Canada for Christmas and New Year, enjoying time off – while still training! – and then had just over a week at a training camp in Miami, doing a lot of different things, and have also spent time with DAMS in France for our Formula 2 preparations.”

Nicholas has been preparing to participate in pre-season Formula 1 testing with ROKiT Williams Racing, but unfortunately delays in readying its FW42 for the new campaign mean Nicholas will sacrifice his seat time in order to assist race drivers Robert Kubica and George Russell.

“Unfortunately, because the team has had to miss the first two days of testing, my planned sessions in the car have had to be cancelled,” says Nicholas.

“It’s a decision that gives Robert and George the maximum amount of time at the wheel before Melbourne. And that has to be the priority right now.

“It’s disappointing for me of course, but I’m happy to help the team push forward. I’ll share my rescheduled test dates when the team has finalised its plans.”

Nicholas nonetheless won’t have to wait long to get behind the wheel – it’ll be straight on to F2 duties, with a short hop across the border to DAMS for some last-minute prep, before a return ticket to Spain for the two three-day test sessions at Jerez and Barcelona.

“For F2 testing we have six days, so there’s a bit more running in that,” says Nicholas, looking ahead to the new campaign.

“Definitely we want to improve the base line of what we had last year, and learn some new things; in Formula 2 we don’t get a lot of practice so once the season starts you’re straight into it. We’re definitely going to be experimenting a bit, but by no means is the goal to top every single session – we’re going to be focusing on ourselves.”

Those preparations will lead into the new Formula 2 campaign, as Nicholas eyes fighting at the sharp end of the grid throughout the season.

“We know what we have the potential to do,” he says. “If we start this year how we ended 2018, with the outright pace, there’s no reason why we can’t fight for wins and podiums right from the first race and obviously the overall picture in the championship. That’s the goal.

“So these six days of testing will be to learn as much as possible to put ourselves starting on the right foot come the first race, but also in general for the season.”